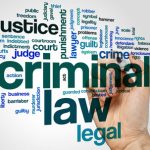 High net worth divorce has always been ugly, but it is even uglier in the age of social media.  Instagram brings out the worst in everyone, from vanity to vindictiveness to impulsiveness.  Perhaps social media only amplifies the unsavory impulses that reality TV excites; now everyone is famous for no discernible reason.  When combined… Read More » 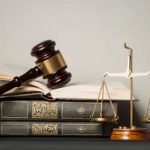 Consumer GPS technology has changed some aspects of everyday life so much that young people are incredulous when older folks tell them about how different life was before computers could tell you exactly where you were and how to get to where you wanted to be.  Compasses that always point north and driving directions… Read More » 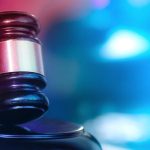 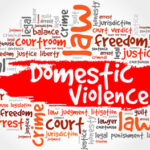 In November 2019, Mark Walton of the Miami Dolphins was arrested after police responded to a domestic violence call at the residence in Davie that Walton shares with his girlfriend Jasmin Thompson.  Thompson, who was five weeks pregnant at the time of the incident, alleged that Walton pushed her against a wall and struck… Read More » 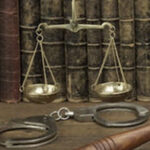 What Should I Do If I Was Falsely Accused of Domestic Violence in South Florida?

Domestic violence is a very serious criminal offense. Under Florida law (Florida Statutes § 741.28), battery against a family member or a household member could lead to jail time. While there is no doubt that domestic abuse is a real problem, it is also true that false accusations can happen. If you were falsely… Read More » 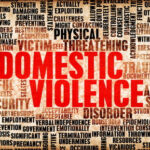 According to reporting from NBC News, former Miami Dolphins running back Mark Walton has been arrested on domestic violence charges in Broward County, Florida. Prosecutors believe that Mr. Walton struck a pregnant woman following a dispute. He was booked into a county jail on aggravated battery charges—and he has since been ordered by a… Read More » 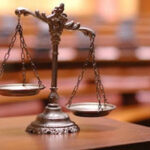 According to reporting from CBS 4 Miami, Richard Jean, the principal of Archbishop Edward A. McCarthy High School, has been arrested on domestic battery charges. The incident, which occurred off-campus, involved an unidentified male. The alleged victim signed a sworn affidavit stating that Mr. Jean picked him up and threw him to the ground… Read More »

Defending Your Case Against a Domestic Violence Charge

Domestic violence is an emotionally-charged topic that often leads to accused individuals being assumed to be guilty before they are proven to be. This is frequently true with all types of abuse accusations, such as accusations of child and animal abuse, because the thought of violence against a defenseless party often prompts a visceral… Read More »

What is Domestic Violence?

You probably think you know what domestic violence entails. Hitting, kicking, and shoving one’s intimate partner are all forms of physical domestic violence. But the definition of domestic violence is actually much broader. It describes a wide range of destructive behaviors that can cause the victim to suffer significant physical, emotional, psychological, and financial… Read More »

What Higher Domestic Violence Prosecutions Mean to the Accused

The holidays include a lot of wonderful events and feelings. However, they also come with some negativity, including a significant increase in domestic violence cases. As reported in the Orlando Sentinel, Florida prosecutors are trying more misdemeanor domestic violence cases than ever before. For example, prosecutors in Orange-Osceola County handled almost 300 more of… Read More »

The national media is focusing on a Florida judge who recently jailed a woman for failing to appear at a criminal trial against her husband. According to reports by ABC News, the husband’s charges stem from a domestic violence accusation that he choked his wife and threatened her with a kitchen knife as she… Read More »

A new Florida law is being heralded for the added protection it provides victims of domestic violence. However, it is equally as important for a person accused of domestic violence to know the terms of the new legislation and understand what a possible violation looks like. Without this knowledge, a defendant may take seemingly… Read More »

The Added Difficulties of Domestic Violence Charges in Florida

Recent allegations 0f spousal abuse against Baltimore Ravens running back Ray Rice sparked heated discussion, debates and arguments about America’s treatment of domestic violence victims and perpetrators. Rice’s punishment by the National Football League (NFL) was largely criticized as too lenient, according to a report by ABC News. Rice is required to sit out two games, including… Read More »