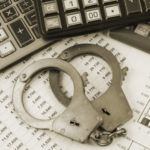 In early February, the Miami Herald reported that Marco Laureti, a 46-year-old man from South Florida had been sentenced to 15 years in prison for his role in perpetrating a $20 million mortgage fraud scheme. Late last year, Mr. Laureti was convicted of several counts of wire fraud and one count of conspiracy to… Read More » 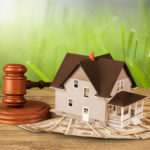 What Can I Do if I am Charged with Mortgage Fraud?

According to the FBI, mortgage fraud is “any material misstatement, misrepresentation or omission relied upon by an underwriter or lender to fund, purchase or insure a loan.” Mortgage fraud can be committed by an individual seeking a mortgage to purchase a home or a lender looking to turn a profit. There are many different… Read More »

Mortgage fraud can refer to a variety of activities done in an attempt to obtain a mortgage loan when one would normally not be offered to an applicant. For example, falsifying or omitting information contained within a mortgage loan application to to obtain a loan for an individual who would not otherwise qualify for… Read More »

A Florida government official is currently facing federal charges for allegations of mortgage fraud, stemming from activity allegedly occurring over a three-year period. According to the website www.loansafe.org,  the North Miami mayor, in addition to three other individuals, was recently indicted in federal court on a total of 14 fraud-related charges. Prosecutors report that… Read More »

Three Florida residents are on trial this week as defendants in an extensive mortgage fraud case, according to a report in the Daytona Beach News Journal. The Volusia County residents have been the subject of a 3 ½ year FBI investigation, which resulted in allegations that they defrauded millions of dollars from banks through… Read More »