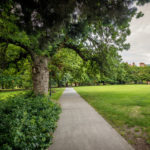 He Said, She Said: What Kind of Evidence is Necessary to Prove a Campus Sexual Assault?

It is no secret that sex happens on college campuses. Sometimes, it occurs in the context of committed relationships and in other cases, it is one night stands and experimentation. When it occurs without all participants’ consent, it is sexual assault. Sexual assault is a serious offense. When the details surrounding a sexual encounter… Read More »

Spring Break in Florida has been a college tradition for decades. Every year, thousands of young people converge on the state’s beaches for a week of sun, fun and inhibition. But sometimes, the excitement of the season turns into a negative, as excessive alcohol and other substances lead to bad decision-making by males and… Read More »

Each week, thousands of people across Florida are arrested for a multitude of offenses and a substantial number of these arrests are based on the accusations of individuals. While many of these allegations are valid and stem from substantiated events, others are made out of retaliation, mistake or even malice. When wrongful accusations occur,… Read More »

Florida news outlets are reporting about a group of men who allegedly participated in the drugging and sexual assault of a teenage girl over the period of one week. The men, ranging in ages from 18 to 42, are facing a variety of serious charges. As in many sexually-related crimes, their names have been… Read More »

Facing the Court of Public Opinion as a Sexual Assault Defendant

Florida State Football Coach Jimbo Fisher is reminding the world that, in America, you are innocent until proven guilty. His words came in support of his star quarterback Jameis Winston, who is currently facing allegations of sexual assault, stemming back from December 2012. Fisher recently spoke with the press about the ongoing investigation, which… Read More »

Two University of Miami students are facing serious charges after being arrested for the alleged sexual battery of a 17-year-old female. The two football players were booked and held on a $10,000 bond, according to an article in the Miami Herald.  The students allegedly bought the young woman alcoholic drinks before taking her back to a dorm… Read More »