He Said, She Said: What Kind of Evidence is Necessary to Prove a Campus Sexual Assault? 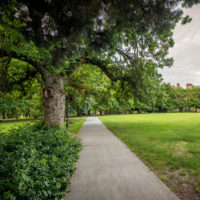 It is no secret that sex happens on college campuses. Sometimes, it occurs in the context of committed relationships and in other cases, it is one night stands and experimentation. When it occurs without all participants’ consent, it is sexual assault.

Sexual assault is a serious offense. When the details surrounding a sexual encounter are murky, an individual can face a sexual assault charge. Though false accusations of sexual assault are rare, they do occur and they can ruin defendants’ lives.

The Victim has the Burden of Proof

In a sexual assault case, the alleged victim has the burden of proof. That means that he or she must demonstrate beyond a reasonable doubt that the defendant committed the assault. To do this, the victim must provide evidence that supports his or her claim.

This evidence can include the contents of a rape kit, a forensic examination following an assault that preserves all DNA evidence of the incident. A rape kit can prove that sexual contact between the plaintiff and defendant happened, but it cannot prove that the contact was nonconsensual on its own. The victim must provide other evidence that the sex occurred within the context of an assault, which can include photographs of bruises and marks on his or her body at the time of the examination, video or photographic evidence of the alleged assault, and if possible to retrieve, evidence of drugs or alcohol in the victim’s system when the incident occurred.

Defending Against a False Accusation

When a relationship ends badly or an individual wants to seek revenge or another type of harm against a peer, that individual might falsely accuse the peer of sexual assault. Other reasons for falsely accusing an individual of sexual assault include personality disorders that cause consensual sex participants to view themselves as victims and coercion from a third party to hurt the accused party. Sexual assault accusations should always be taken seriously, but it is important to remember that false accusations do occur. When they do, the defendant can be convicted of a crime he or she did not commit and face fines, jail time, registry as a sex offender, and a ruined social reputation.

A defendant can use evidence to demonstrate his or her innocence. Sometimes, a lack of evidence on the plaintiff’s part is key to the defendant’s case. Other defense strategies include demonstrating that though sex did occur, it was consensual or providing an alibi for the time and place where the incident occurred.

Our team at Ratzan & Faccidomo, LLC has experience defending college students against the types of charge that can arise from life on campus. If you or your child are facing a sexual assault charge, work with our team of experienced Miami criminal lawyers to fight it. Contact our office today to schedule your initial consultation with our firm.