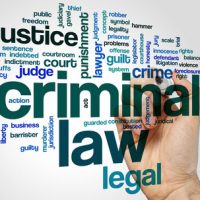 High net worth divorce has always been ugly, but it is even uglier in the age of social media.  Instagram brings out the worst in everyone, from vanity to vindictiveness to impulsiveness.  Perhaps social media only amplifies the unsavory impulses that reality TV excites; now everyone is famous for no discernible reason.  When combined with events that already bring out the worst in people, such as divorce, the camera adds three circles of Hell.  Meanwhile, all defendants in criminal cases have the same constitutional rights, including but not limited to the presumption of innocence, the right to remain silent, and the right to representation by a lawyer.  The Real Housewives group of television series portrays an exhibitionist world where everyone talks and no one listens, but a court in Florida has recently ordered one Real Housewife to keep her opinions about her romantic rival to herself.  Here, our Miami domestic violence defense lawyer explains how a cast member of the Real Housewives of Miami television series could face criminal charges if she continues to contact a woman that her husband began dating after the couple filed for divorce.

Florida law defines stalking as a pattern of behavior where the defendant intentionally and repeatedly follows the victim or harasses the victim.  The following are some of the many forms of harassment that can occur within the context of stalking:

Stalking is a first-degree misdemeanor.  The maximum penalty is a $1,000 fine, one year in jail, one year on probation, and a court order to stay away from the victim for ten years.  The penalties for violating the restraining order can include additional prison time.

If you pay unwanted attention to someone to the point that they feel threatened or it interferes with their professional and personal life, that person has the right to file a protective order against you; a protective order is also known as a restraining order.  As with any court order, the penalties for failing to comply with it can be severe.  Many restraining orders, but not all, originate in the context of domestic violence cases.

Katharina Mazepa, a fashion model, is a citizen of Austria; until recently, she lived in South Florida with her husband Shilo Mazepa, a U.S. citizen.  Katharina filed for divorce from her husband earlier this year.  Because she has a permanent green card, which is valid for ten years and renewable, her divorce will not affect her immigration status; she is, or soon will become, eligible to apply for U.S. citizenship whether or not she remarries.  Dr. Leonard Hochstein, 56, is a successful plastic surgeon who owns a mansion on Star Island, where, until recently, he lived with his wife Lisa and their two children.  Lisa, 40, has been a cast member on the Real Housewives of Miami since 2020.

Shortly after Leonard and Lisa filed for divorce in May, Leonard and Katharina went on their first date.  Almost immediately, someone with the username kellyalexa2021 began making abusive comments on Katharina’s pictures on Instagram, calling her a homewrecker, threatening to “make [her] pay,” and accusing her of only marrying her estranged husband so that she could get a green card.  Katharina suspected that Lisa was the source of the comments, and soon after, the kellyalexa2021 username disappeared, but almost immediately, a new troll called tony345610 appeared in its place and began making similarly threatening comments.  Lisa also called Katharina on the phone several times and made remarks consistent with posts by the fake Instagram accounts.

A South Florida criminal defense lawyer can help you if you are being charged with stalking or another crime related to domestic violence.  Contact Ratzan & Faccidomo in Miami, Florida for a free, confidential consultation about your case.