Americans are Increasingly Concerned About Over-Incarceration 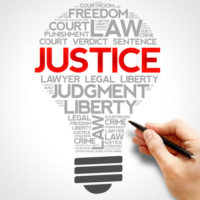 There is increasingly strong evidence that Americans’ attitudes towards incarceration are shifting. On April 19th, 2018, Greenberg Quinlan Rosner Research released the results of a comprehensive study on the views of American voters on criminal justice issues and mass incarceration. Here, our Miami defense lawyers highlight four of the most notable findings from this recent study.

Greenberg Quinlan Rosner Research reports that Americans now have serious doubts about the efficacy of mass incarceration. According to the result of the large, nationally representative sample, 66 percent of Americans state that they are ‘concerned’ about the rate of incarceration in the United States.

In modern politics, there seem to be fewer and fewer issues where a bipartisan consensus can be reached. Yet, on mass incarceration, both sides of the political spectrum see a similar problem. According to recent polling, 68 percent of Republicans and 80 percent of Democrats support criminal justice reform efforts that are designed to reduce the rate of incarceration.

The research has long suggested that a high rate of incarceration does not actually reduce the rate of crime. American voters agree with that conclusion. Only 28 percent of voters think that our national crime rate will go down if more people are put into prisons.

Building more jails and prisons ranks very low as a spending priority for American voters. The survey found that a large majority of Americans do not support the idea of building more prisons. They view it as a misuse of taxpayer money. Instead, voters support spending on job training, putting more money into education, and investing in community-based programs that are targeted at violence reduction.

Get Help From a Miami Criminal Defense Lawyer Now

At Ratzan & Faccidomo, LLC, our South Florida criminal defense attorneys are proud to provide top quality legal services. If you or your family member was arrested and charged with a crime in Florida, please contact us today at 305-600-3519 for a free, fully private case evaluation. With an office in Miami, we serve defendants throughout the region, including in Key Biscayne, Miami Beach, and Hialeah.