What is the Difference Between Simple and Aggravated Assault? 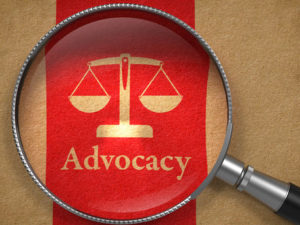 An assault is a type of violent crime. It is the act of causing a victim to fear for his or her imminent safety through threatening words and actions. An assault can involve a weapon, but this is not a requirement.

You are probably familiar with the terms “simple assault” and “aggravated assault.” They refer to different degrees of assault. If you are facing an assault charge, whether you were charged with simple or aggravated assault determines the penalties you will face if you are convicted.

Simple Assault is a Misdemeanor

A simple assault is any act that intentionally causes a victim to fear for his or her safety. Examples of this include threatening to punch a victim while winding up to do so or following a victim closely, making threats. In many cases, a simple assault is a second degree misdemeanor. However, if it is committed against a special victim such as a police officer, an elderly individual, or a school employee, it is a first degree misdemeanor.

For a second degree misdemeanor, the penalties are:

For a first degree misdemeanor, the penalties an individual can face include:

Aggravated Assault is a Felony

For a second degree felony, the penalties are:

Whether you have been charged with simple assault, aggravated assault, or a related offense like harassment, you need to work with an experienced criminal lawyer in Miami to develop an effective legal strategy for your case. To get started, contact our team at Ratzan & Faccidomo, LLC today to set up your initial consultation in our office. We are here to help you by answering your questions, guiding you through the criminal defense process, and advocating for your rights.