What is a Justifiable Homicide? 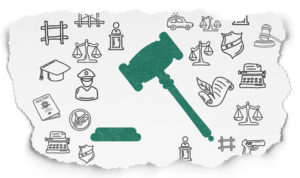 Killing another human being, also known as homicide, is regarded as a crime in cultures across the world and has been for all of human history. In the modern-day United States, the act of killing another human being can be charged in multiple ways, depending on the circumstances of the incident. But not all acts of homicide are deemed to be criminal in nature. Sometimes, an individual ends another’s life with the legal justification to do so. This is known as a justifiable homicide.

If you are charged with murder or manslaughter, you may need to prove that your actions were justified in order to avoid a conviction. Speak with an experienced criminal defense lawyer about using and proving this defense.

Killing in Self Defense is Justifiable

By law, an individual can use deadly force against an attacker if he or she feels his or her own safety is at risk. Non-deadly force to protect oneself and others from danger is also permissible by law. Initially, it was only legal to use such force against an intruder in one’s home or personal vehicle. In 2005, Florida passed its “stand your ground” law, which extended this right to all locations. Under this law, an individual is justified in using violence against another if he or she reasonably believes that the attacker has the intention of harming him or her. “Stand your ground” means that if you are in your home or any other place where you have the reasonable right to be, you are not required to attempt to retreat before using force on an attacker.

Proving that you Had Justification to Kill

You must be able to prove that the other party intended to harm you or commit a serious crime, such as robbery. Witnesses to the incident and previous behavior by the other party can be used as evidence in your case’s defense. Photographs from the scene of the incident and your own injuries following the altercation can also be used to demonstrate your fear of imminent bodily harm.

If you have been charged with any type of violent crime, be proactive and start working with an experienced criminal defense lawyer to defend your case. You have the right to competent legal counsel and representation and exercising this right is an investment in your future liberty. Contact our team of experienced Miami criminal defense lawyers at Ratzan & Faccidomo, LLC today to set up your initial legal consultation in our office. We are here to help you fight your criminal charge – start working with a member of our team today.