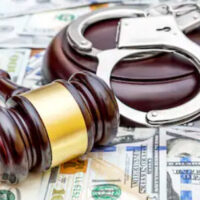 Most of the most well publicized cases of PPP loan fraud fit one of two patterns.  In some cases, the defendant applied for a PPP loan for a company they genuinely owned, but they misrepresented the company’s expenses in order to get a bigger loan, which they used for personal expenses, some of them extravagant.  In other cases, the applicant represented their own identity truthfully but included made-up information about the purported company on behalf of which they were requesting funds.  In other words, a real person lied about a real company, or else a real person lied about a fake company.  In this week’s case, though, the PPP loans were just one small piece of a complex network of identity theft and fraudulent business dealings.  Here, our Miami white collar crimes defense lawyer explains how PPP loan fraud spelled the beginning of the end for an identity theft conspiracy that had been going on for years.

According to a criminal complaint filed in South Florida on August 25, 2020, Jean Fleuridor of Weston and Hasan Brown of Aventura are participants in a long-standing conspiracy to conduct financial dealings using stolen and synthetic identities.  The difference between identity theft and synthetic identification fraud is that identity theft involves using the victim’s identifying information, such as their name, birthdate, and social security number, to impersonate the victim in order to gain access to their assets.  In synthetic identification fraud, the fraudsters steal the victim’s social security number and then use it to create a fictional identity through which they make fraudulent transactions.  In other words, they give the social security number a new name and birthdate.

Beginning in 2019, the victim bank in San Antonio became suspicious of several accounts that frequently wired large sums of money to each other.  An investigation in the bank revealed that the social security numbers attached to these accounts and others, a total of about 700 accounts, belonged to incarcerated people, some of whom were serving life sentences.  The oldest of these accounts was opened in 2017.  Law enforcement first became suspicious of Fleuridor when they discovered that the IP address of his computer had logged into at least one of the fraudulent accounts at the victim bank.

As for PPP loan fraud, Fleuridor applied for and received a $60,000 PPP loan for Skyline Development, a company he owns.  Brown also applied for a PPP loan in excess of $500,000 for his company Tech Savvy.  Meanwhile, a company called Deb’s Housekeeping also applied for and received a PPP loan.  The company allegedly belongs to a synthetic identity, and the IP address of the computer used to access it belongs to Brown.  A search of Fleuridor’s and Brown’s computers also indicated that they both allegedly falsified quarterly statements they submitted as supporting documentation on their PPP loan applications.

No information has been published in the news media about their cases after they were charged in August.  If convicted, they could face up to 30 years in prison, but no published reports have revealed whether either of them has entered a plea.

If you are facing charges for your alleged role in a conspiracy to commit PPP loan fraud or another financial crime, a Miami white collar crime lawyer can help you avoid a long prison sentence.  Contact Ratzan & Faccidomo for help with your case.