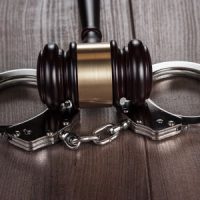 Clipping coupons is perfectly legal, but there are some instances where it can do more harm than good.  You might remember those reality TV shows about extreme couponers who would spend the equivalent of a full-time job researching grocery coupons and organizing them in preparation for a weekly shopping trip, only to end up with more food than they could possibly eat by its expiration date.  It is certainly annoying to live with a familiar member who scolds you every time you pay the sticker price for an item for which a coupon was available, but it is not exactly shady.  Where couponers get themselves into trouble is where they try to claim discounts for which their coupons are ineligible, or when they try to reuse a single-use coupon multiple times.  Now imagine someone claiming millions of dollars in rebates for purchases they never made, and you will get an idea of the coupon fraud scheme to which two South Florida men have recently pleaded guilty.  Here, our Miami white collar crime lawyer describes how two phony pharmacists set up fake pharmacies all across South Florida specifically for the purposes of redeeming prescription drug coupons.

Prescription drugs are expensive, and not all health insurance plans cover them.  Therefore, prescription drug manufacturers sometimes offer coupons that patients or pharmacists can redeem to lower the cost of the medications.  It is against the law to attempt to redeem a coupon for a drug that a doctor has not prescribed to you and a pharmacy has not dispensed; it would be analogous to removing the mail-in rebate sticker from a box of cotton swabs in the supermarket and leaving the box of cotton swabs on the supermarket shelf, and then mailing in the coupon and receiving the rebate.  A person who mailed in enough coupons for drugs that had not been prescribed to them would probably raise the suspicions of authorities quickly, as law enforcement would find their purported access to so many drugs a cause for concern.  Thus, the defendants in this week’s case pretended to operate pharmacies, or perhaps pretended not to operate them.

Beginning in 2014, William Clero and Cesar Armando Perez Amador established a series of shell corporations that purported to be pharmacies; they titled most of these in the names of co-conspirators of theirs, whose names are not given in any of the Department of Justice press releases about the criminal cases against Clero and Amador.  (The Department of Justice refers to the individuals whose names appear as owners of the pharmacies on business-related documents as “nominee owners.”)  By April 2021, they had set up at least 21 pharmacies, none of which ever filled a prescription or dispensed drugs.  The pharmacies existed only to redeem prescription drug coupons.  By the time of their 2021 arrest, Clero and Perez had redeemed approximately $8 million in coupons.  They laundered the money through shell corporations and then spent it on personal purchases for themselves and the co-conspirators.

In February 2022, Clero, 45, and Perez, 52, each pleaded guilty.  They could face up to 20 years in prison.  The Department of Justice did not indicate whether the charges had been reduced as part of a plea deal.

Defendants who plead guilty in criminal cases tend to face shorter sentences than defendants who are convicted at trial.  Your lawyer may be able to get your charges reduced through a plea deal, resulting in a lesser sentence; this may or may not require you to testify against other defendants or assist in an investigation into their activities.  Despite this, all defendants have the right to plead not guilty and to have a fair trial; no one is allowed to pressure you into pleading guilty.

Health insurance fraud accounts for a large share of financial crimes cases in Florida, where a disproportionate number of residents are eligible for Medicare, and where the costs of healthcare are prohibitive at almost any age.  A South Florida criminal defense lawyer can help you if you are being charged with prescription drug insurance fraud or another financial crime.  Contact Ratzan & Faccidomo in Miami for a free, confidential consultation about your case.