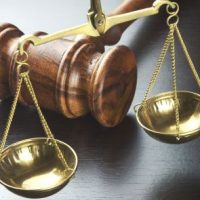 Being naïve about financial decisions ranks highly among a lot of people’s regrets.  The good news is that Florida students must now take one semester of financial literacy education before they can earn a high school diploma; lawmakers hope that these classes will help the new generation think through financial decisions more effectively, including the risks associated with various kinds of investments.  This time next year, financial literacy teachers across the Sunshine State will probably be telling students that investing in the stock market is more like gambling at the casino than it is like putting money into a savings account, and they would not be mistaken.  Meanwhile, the line between investing and gambling has blurred in the popular imagination in recent decades.  When members of Generation X were children, playing poker was something that your dad did with his coworkers on Saturday nights, winning or losing modest amounts of money, or else it was something people did at bachelor parties on cruise ships, with the first hand of cards being dealt as soon as the ship passed outside of Florida waters.  Being a poker player was not a profession, but today the kids who are too short to aspire to be pro basketball players, too skinny to be pro football players, or too slow to be pro soccer players aspire to play poker professionally.  Likewise, investment opportunities for the 99 percent have gotten shadier by several orders of magnitude since the days of penny stocks as shown in an early scene from The Wolf of Wall Street.  Likewise, multi level marketing businesses today are a far cry from the Mary Kay ladies and Tupperware parties of the 80s; today’s MLMs draw you in with fast talking glitterati who promise that you will get rich just like they did because you are smarter than all those other chumps who earn their bread and butter through employment.  Here, our Miami white collar crime lawyer explains how a professional poker player from South Florida allegedly talked credulous investors out of millions of dollars, and the consequences he could face.

Cory Zeidman has been a fixture of South Florida’s professional poker scene for years.  Some poker players attribute their success to the inscrutability of their poker face, but it would seem that Zeidman has an excellent poker voice as well.  According to an indictment released by the Eastern District of New York, Zeidman and at least one accomplice began selling bogus betting advice sometime around 2004.  Zeidman and his co-conspirators ran radio ads in several states, in which they offered listeners an opportunity to invest in sports bets; on these ads, he identified himself by no fewer than 12 aliases.  The ads made it sound as if, to those in the know, sports betting is a lot more like investing than it is like gambling.  The ads promised that, by following Seidman’s advice, participants could make risk-free wagers.

The only problem is that, according to the indictment, Zeidman’s so-called inside information was either fabricated out of whole cloth or else readily discoverable through Google searches.  The wagers he encouraged participants to make were no less risky than any other sports bets, and some people who followed Zeidman’s advice lost their life savings.  To add insult to injury, they also lost the money they had paid Zeidman for his recommendations.  Once he received the money from participants, he deposited it in bank accounts of his own or accounts belonging to co-conspirators or shell corporations.

By 2020, Zeidman had defrauded victims out of approximately $25 million.  He allegedly used the money to fund his own professional poker career and personal travel.  In 2022, he was arrested in Boca Raton on charges of wire fraud and mail fraud.  If convicted, he will have to forfeit the money in more than a dozen bank accounts, as well as his real estate properties in Boca Raton, West Palm Beach, and New York.  Zeidman, 61, has yet to enter a plea.  Like all defendants in criminal cases, he is presumed innocent until proven guilty, and he has the right to representation by a criminal defense lawyer.

A South Florida criminal defense lawyer can help you if you are being charged with financial crimes such as mail fraud or wire fraud in connection to your allegedly shady business dealings.  Contact Ratzan & Faccidomo in Miami for a free, confidential consultation about your case.