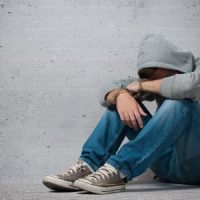 Whether you are 26 or 76, you probably would not want to meet your 15-year-old self face to face.  Compared to adults, young people are impulsive and impressionable; they lack perspective, and compared to their elders, many of them lack self-control.  It stands to reason that the state’s response should be different when a minor breaks the law, compared to when an adult commits the same illegal action, and indeed it is.  Draconian punishments for defendants of any age harm society more than they keep the public safe, but the detrimental effects are even greater when young defendants receive sentences of incarceration for offenses that do not cause serious bodily injury.  The number of juveniles arrested per year is lower than it was at the beginning of this century, but when young people get arrested for illegal activity, the court often orders them to be detained when other outcomes would be more beneficial to the young defendants and their communities.  The Sentencing Project recently issued the most comprehensive report in over a decade on the state of the juvenile justice system and its effects on young people who interact with it.  Here, our Miami criminal defense lawyer explains how sending kids to juvenile detention makes it harder, instead of easier, for them to stay on the right side of the law.

What Is Juvenile Detention, and Why Do Courts Order It?

The juvenile court system, which deals with children and teenagers ages 17 and younger who are accused of breaking the law, uses different terminology from that used in the criminal court, which deals with accusations of criminal activity by adults.  If an adult confesses to a crime or a jury finds her guilty at trial, this is called a conviction.  If a juvenile court determines that a minor broke the law, the court adjudicates him delinquent, but the effect is the same, meaning that the court can impose a punishment.  Criminal courts can send convicted defendants to jail or prison, but juvenile courts can only send them to juvenile detention facilities, which are supposed to provide troubled youth a structured environment in which to excel in their studies and job training, but which in reality are a lot like jails by another name.

What Is the Mission of Juvenile Court?

The juvenile justice system is meant to be rehabilitative and to discourage future illegal activity by the young people who go through it.  According to the Sentencing Project, however, juvenile detention has the opposite effect.  Maturity is the best antidote to the impulses to steal, fight, destroy property, experiment with drugs, and engage in risky sexual behavior which are so common in youth.  Spending time in detention causes severe psychological stress that delays the maturation process instead of being conducive to it.  Even worse, while teens are in detention, they are being forcibly separated from school and medical and dental care.  After getting out of detention, they struggle to return to school or to enter the workforce.  Worst of all, many teens witness physical or sexual abuse while in detention, and some of them are the victims of this abuse themselves.

This year, Jah’kobe Bessent will stand trial in adult criminal court; this year, he will also turn 16.  He was arrested this summer after causing a car accident in which Maria Telez-Valderrabano, 35, died.  Bessent faces charges for manslaughter, vehicular homicide, and driving without a license, among other offenses.  He and Jacory Fluornoy, who was 13 at the time, allegedly stole a car from a residential driveway in Fort Lauderdale and drove away at high speed as police pursued them.  Fluornoy is too young to be tried as an adult; the minimum age is 14.  Both boys have extensive prior experience with the juvenile justice system.

A South Florida criminal defense lawyer can help you if you are facing criminal charges and are at risk of being charged as an adult despite being under 18.  Contact Ratzan & Faccidomo in Miami, Florida for a free, confidential consultation about your case.