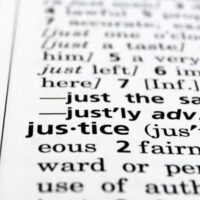 Living with substance use disorder and achieving long-term sobriety is difficult enough, but unscrupulous actors in the addiction treatment and recovery industry make it even more difficult.  Unfortunately, a disproportionate share of such unscrupulous activity takes place right here in South Florida.  First it was the strip mall pain clinics where people would drive from across the Southeastern United States, present an X-ray image they printed out from the Internet, supposedly representing an injury that caused them chronic pain, and drive back to West Virginia or wherever they had come from with enough prescription opioid pills to fill a trick-or-treat pumpkin. After the authorities cracked down on the pain clinics, it was the “Florida shuffle,” where sober living houses throughout South Florida offered so little support to recent graduates of inpatient rehab clinics that they practically set the residents up to relapse, and when they did, the rehab clinics were more than happy to scoop them up and start billing their health insurance companies again.  Colton Wooten poignantly describes his experiences with the Florida shuffle in a first-person essay in the New Yorker.  Today, there are stricter regulations on the prescribing of opioids than there were a decade ago, and medical advances such as naloxone (an intranasal drug that reverses the effects of opioid overdose almost immediately) and medication-assisted treatments with drugs like buprenorphine offer hope for patients struggling with opioid dependency, but the harm caused by people who exploited the desperation of people suffering from opioid addiction continues to be felt.  This month, two men, one of them from Florida, received sentences for their role in a conspiracy to profit financially from drug testing of patients undergoing addiction treatment.  Here, our Miami white collar crimes defense lawyer explains how a Miami man paid a co-conspirator to send urine samples to his South Florida lab for drug testing, how the pair got caught, and the consequences they faced.

The crime took place between November 2015 and May 2016.  According to Michael Olshavsky’s LinkedIn profile, he was in charge of two companies at that time, namely the Pennsylvania-based Encore Holdings, LLC, which he joined as Chief Executive Officer in 2014, and Drop X Nutrition, LLC, which he co-founded around the time his involvement in the conspiracy began.  It appears that Encore owed the lab where the crime took place.

The other conspirator was John Paul Linke, who worked at a clinic in Virginia that provided medication-assisted opioid treatment.  Michael Olshavsky offered to pay kickbacks to Linke in exchange for Linke sending urine samples from his clinic’s patients to Olshavsky’s lab for testing.  During a seven-month period, Linke received a total of $16,000 in kickback payments from Olshavsky’s company Encore Holdings, LLC.  Encore received payment from the tests from publicly funded healthcare programs, including Medicare, TennCare, and Virginia Medicaid.  In Encore’s accounting records, Olshavsky pretended that the payments to Linke were for his work as an “independent sales representative,” but in fact, Linke did not work for Encore in this capacity.

Eventually, authorities discovered Olshavsky and Linke’s illegal activities and charged them with conspiracy to commit healthcare fraud.  Olshavsky and Linke, both of whom are in their early 50s, could have received prison sentences of up to five years, but in June 2021, they both pleaded guilty.  On September 16, 2021, Olshavsky received a sentence of five moths in prison followed by five months of home detention.  He must also pay $66,000 in monetary penalties, although the Department of Justice press release did not specify whether this money is a fine or a restitution payment to the entities that Olshavsky defrauded.  On September 17, Linke was sentenced in his home state of Tennessee to three months of home confinement.

How does someone who gets convicted of a crime where the maximum penalty is five years in prison get sentenced to only five months, less than ten percent of what he could have faced?  Although the DOJ press release did not go into details, the answer likely has to do with a plea deal.  Olshavsky and Linke, with the help of their criminal defense lawyers, likely willingly produced the records and money that investigators requested.  It is also likely that neither man had a prior criminal record.  It is also possible that they provided investigators with information about other people who participated with them in the healthcare fraud conspiracy.

If you are being accused of healthcare fraud, a Miami white collar crime lawyer can help you.  Contact Ratzan & Faccidomo for help today.