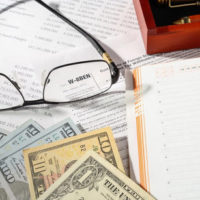 According to reporting from WPLG Local 10 Miami, a Miami-Dade police officer has been arrested and charged with tax fraud. Ebony Nesbitt of North Miami is accused of violating federal tax law. The misconduct is alleged to have occurred prior to her joining of the police department.

In a press release, the United States Attorney’s Office for the Southern District of Florida announced that Ms. Nesbitt worked with a co-conspirator to use her bank account to receive a fraudulent federal tax refund. Prosecutors contend that identity theft is a factor in the case. Nesbitt is alleged to have been connected to the 2013-2014 college student tax fraud ring that stole more than $500,000 in false refunds. At least eighteen former students have already been charged in relation to this scheme.

At Ratzan & Faccidomo, LLC, our Miami tax fraud attorneys have deep experience handling complex tax fraud claims. We understand how intimidating it can be to deal with the IRS in any context. Here, we provide an overview of the penalties associated with identity theft-based tax fraud charges.

In 2013, the Internal Revenue Service (IRS) conducted a system-wide audit and determined that nearly $30 billion was being stolen from government revenues through fraudulent tax refunds that relied on the use of identity fraud. Since that time, the agency and the Department of Justice (DOJ) have been cracking down on tax fraud carried out through the use of a false identity.

Identity theft tax fraud is a very serious criminal offense. These charges are often brought in federal court and, due to the nature of the offense, a defendant could potentially face many different specific criminal charges. More specifically, the federal government may charge these cases as:

Depending on the specific nature of the case, a defendant may also face identity theft charges in the state of Florida. Remember, it is a crime to knowingly submit false information to the IRS. Even relatively minor mistakes could potentially land you in legal jeopardy.

In identity theft cases, defendants should expect the federal prosecutors to seek especially harsh penalties. If you or a loved one is facing such a charge, it is imperative that you contact an experienced Miami tax fraud defense lawyer. These are complex cases and you or your family member needs the very best legal representation.

At Ratzan & Faccidomo, LLC, we have the skills and experienced to handle the full range of criminal tax fraud cases.  If you are facing allegations of tax fraud in South Florida, you need professional legal guidance.

To set up a fully confidential, free consultation, please contact our legal team today. We are based in Miami and we handle white collar crimes cases throughout the region, including in Hialeah, Miami Beach, West Palm Beach, and Fort Lauderdale.