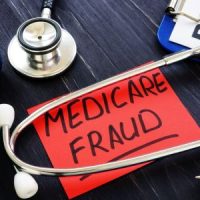 Florida is famous as a permanent or seasonal destination for retirees, and there are plenty of ways to make money off of the Sunshine State’s old folks.  First, there are the legitimate businesses, such as early bird specials and senior breakfast menus, oldies radio stations, and bingo halls.  If you are not so concerned about obeying the law, there is always Medicare fraud.  Medicare is a publicly funded program that provides healthcare, medical devices, prescription drugs, and other health-related services to people over 65, so when someone defrauds Medicare, all the taxpayers are the victims.  Most instances of Medicare fraud involve doctors falsifying claims so that Medicare pays them for more services than they actually provided.  In the more brazen operations, the companies that bill Medicare never provide health-related products or services to patients at all.  Here, our Miami white collar crimes lawyer explains how a Medicare fraud and money laundering scheme played out in South Florida and how it fell apart.

The scheme began when Alfredo Ruiz, 30, planned to perpetrate a healthcare fraud system through two companies he controlled at least in part, namely Universal Ortho and Expedited Medical.  He rented storefront space in Miami for the companies, and although they claimed to deal in durable medical devices and prosthetics, they never actually provided this equipment.  Despite this, they submitted more than five million dollars in claims to Medicare for these devices, and Medicare paid them about $4.5 million between July and December 2019, when he vacated the storefront.

Each of the conspirators received $500 per week from Ruiz in exchange for laundering his illegally obtained money; each company laundered at least $50,000 per month.  They would then transfer the money in cash to Ruiz or to Pedro Ferrero “Titi” Conde, 34, either in cash or to corporate accounts belonging to them.  Ruiz, for his part, lived large on the proceeds of the operation.  He bought a Rolls Royce and a Lamborghini, as well as plenty of jewelry, including a 14-karat rose gold ball chain and a King Power Hublot Watch, Diego Maradona edition.

The aforementioned defendants received criminal charges for money laundering, and Ruiz was also charged with healthcare fraud.  Their cases played out as follows:

A South Florida criminal defense lawyer if you are facing criminal charges for money laundering, healthcare fraud, or another financial crime.  Contact Ratzan & Faccidomo in Miami for a free, confidential consultation about your case.