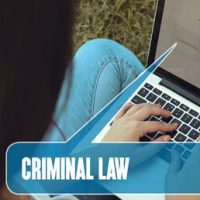 Every journalist knows that cell phone cameras can be used for good or ill.  In some cases, images and videos captured on mobile phones can tell the truth in ways that verbal accounts cannot.  In their closing arguments during Derek Chauvin’s trial for the murder of George Floyd, prosecutors urged jurors to believe their eyes, in reference to the witness-captured video of the killing, and the jurors did.  In other cases, when people film videos on their phones without the knowledge of the people whose images are captured, the videographers’ motives have nothing to do with truth or justice.  If you are filming someone without their consent, and your motives are entertainment, sexual gratification, or financial gain, then the act of filming, or in some circumstances merely possessing, the video is a crime.  Here, our Miami sex crimes attorney explains how a longtime employee at a news station in Broward County lost his job after he got caught filming his coworkers without their consent, as well as the legal consequences he may face.

The defendant in this week’s news story was arrested on suspicion of video voyeurism, which is defined in Florida Statute 810.145(2).  It defines the crime of video voyeurism as using an imaging device (such as a video camera or cell phone with video recording capabilities) to film a person, without the person’s consent, if the video shows the person undressing, nude, or only wearing undergarments.  You can also be charged with video voyeurism if the victim was clothed but you captured the images in such a way that the person’s undergarments or parts of the body that are ordinarily covered by clothing are visible through their clothing or under their clothing.  The action counts as video voyeurism if the defendant created the film for purposes of their own sexual gratification, entertainment, or financial profit, or for the entertainment, sexual gratification, or profit of someone else.

The penalties for a video voyeurism conviction depend on the ages of the defendant and the victim, among other factors:

The Charges: Video Voyeurism and Unlawful Use of a Two-Way Communication Device

Rafael Martinez began working as an engineer at the WPLG-Local 10 news station in the 1990s.  Last year, several women who worked for the news station complained that Martinez had surreptitiously taken “upskirt” videos of them by placing his cell phone under the news anchors’ desk and in other locations in the news station that would allow his phone to capture images from below.  An investigation at the workplace involved a search of Martinez’s phone, which contained the images that the victims alleged that Martinez had taken.  WPLG-Local 10 terminated Martinez’s employment in January.  The Broward Sheriff’s Office continued to investigate, and in February 2022, Martinez was arrested on allegations of video voyeurism and unlawful use of a two-way communication device.

Video voyeurism doesn’t carry the possibility of a life sentence, but you should still take the charges seriously.  A South Florida criminal defense lawyer can help you if you are facing criminal charges for video voyeurism or another offense that could require you to register as a sex offender.  Contact Ratzan & Faccidomo in Miami for a free, confidential consultation about your case.