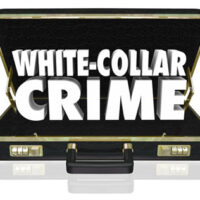 This past spring, as the COVID-19 pandemic raged and Floridians reacted either with panic or with denial and defiance, it was almost too easy to get approved for a paycheck protection program (PPP) loan.  The PPP guidelines in the CARES Act were meant to make it easy for small business owners to get emergency funding without having to jump through a lot of hoops.  This way, they could continue to pay their employees instead of laying them off.  The trouble is that the approval process was so hasty that some loans got approved without anyone so much as verifying that the employees who were supposedly going to benefit from the funds even existed.  According to the British news site the Daily Mail, 32 Floridians have been charged with crimes relating to misusing PPP loans or making false statements for the purpose of obtaining the loans. A high school basketball coach from Tamarac is now facing federal criminal charges after allegedly obtaining a PPP emergency loan to process payroll for 67 employees whom prosecutors say do not exist.  Here, our Miami white collar crimes defense lawyer explains how the defendant in this week’s case got his PPP loan, what he did with the money once he received it, and how he got into legal trouble.

Terrence Williams has had a very successful career as a high school basketball coach.  Years after graduating from Stranahan High School in Fort Lauderdale, he went back there to coach its men’s basketball team.  In the three years during which he coached the team, it won two state titles in its division.  He received Coach of the Year awards from the Sun Sentinel and the Florida Dairy Farmers.  He also briefly coached the basketball team at William Dandy Middle School.

Williams also has a company called Williams Group Consulting, LLC, but it seems that the company is a lot smaller than he led regulators to believe when he applied for a Paycheck Protection Program (PPP) emergency small business loan.  On the loan application, he said that he intended to put the funds toward payroll for the company’s 67 employees.  Once his application received approval, an insured bank deposited $984,710 into the company’s account; the amount was about as much as the company would need to cover three months of payroll.

According to a press release by the United States Department Justice, Terrence Williams is the only employee of Williams Consulting Group, LLC.  When the money reached Williams’ account, he transferred about half of it to his personal account.  He also transferred $4,872.84 to an Audi dealership as a payment on the loan for his personal vehicle.  Williams was arrested on charges of one count each of bank fraud, money laundering, engaging in transactions in unlawful proceeds, and making false statements to a financial institution.  The complaint also alleges that Williams made false statements in order to access unemployment insurance payments.  As of November 2020, he was free on $350,000 bond, pending his next court appearance.

Williams is far from being the only business owner in South Florida to face legal trouble in connection to PPP loans, and the loan he obtained using allegedly false information is far from the biggest.  A group of at least a dozen conspirators, led by Phillip Augustin of Coral Springs applied for at least a dozen loans totaling $24 million and received more than $17 million before getting caught.  Some South Florida defendants drew attention to their alleged fraud by spending PPP funds on extravagant personal purchases.  For example, David Hines of Miami spent part of his PPP loan on a Lamborghini, and might have gotten away with it if he had not been involved in an accident with the car.  Casey Crowther of Southwest Florida bought a boat with his PPP loan money, but he advanced the defense that buying and reselling boats was a legitimate business activity.  Miami recording artist Diamond Blue Smith used his PPP funds to buy a Ferrari.

Whether your charges are for PPP loan fraud or any other offense, you have the right to the presumption of innocence and to a fair trial.  A Miami white collar crime lawyer can help you establish reasonable doubt about the allegations against you or, if appropriate, can help you get a plea deal if you decide to plead guilty.  Contact Ratzan & Faccidomo for help today.