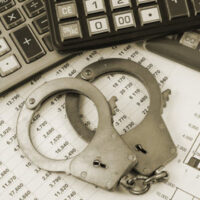 They say that the perfect is the enemy of the good, and this has turned out to be the case with the federal Paycheck Protection Program (PPP).  The federal government offered PPP loans to small businesses in the context of the CARES Act, in order to prevent job losses during the COVID-19 pandemic and the temporary shutdown of business activities that carry a high risk of transmission of the virus.  The simple application process and perfunctory review of applications meant that borrowers got their money quickly, but it also meant that fake small business owners, in addition to people who genuinely owned businesses but misrepresented them on their PPP loan applications, received funding.  The authors of some of these fraudulent PPP loan applications drew attention to their fraud by making ostentatious personal purchases, such as vehicles with sticker prices in the six-figure range.  Here, our Miami white collar crimes defense lawyer explains how a Dade City man got into legal trouble after receiving a PPP loan and using the money on luxurious personal expenses.

Keith Nicoletta, 48, of Dade City owns a scrap metal business known as West Coast Cores.  When the COVID-19 pandemic began to affect Florida and the CARES Act made PPP loans available to small businesses, Nicoletta requested a loan in the amount of $1.9 million.  His application was approved, and he received the money on May 15.  He claimed that the business employed 69 workers and that its monthly payroll expenses were $760,000, which would mean that it spent more than $9 million per year on payroll.  An investigation later revealed that the business did not appear to have any current employees and had not processed any payroll at all in 2019 or 2020.

Once he received the money, Nicoletta spent it extravagantly.  These are some of the purchases he made in the weeks after the PPP funds were deposited in the West Coast Cores account:

He transferred the remainder of the loan money to various accounts, in a process that the press release on the Department of Justice website described as “money laundering,” but money laundering was not listed among his charges in the criminal complaint.

In October 2020, Nicoletta was arrested and charged with bank fraud and illegal monetary transactions.  If convicted, he could face up to 40 years in federal prison.  As of December 2020, no information is available regarding whether he has entered a plea or whether he has posted bail, if he was given the opportunity to do so.

PPP Loan Fraud in Florida: Part of a Larger Problem

It is an understatement to say that the Paycheck Protection Program was set up in a way that left it vulnerable to fraud and abuse.  It came about at a time of such emergency that the important thing was to get money into the bank accounts of small businesses now and ask questions later.  As with much business funding, the rules were lenient enough that business owners could spend most of the money on payroll, rent, and utilities, and a small amount on online retail therapy to help themselves deal with pandemic-related stress.  The PPP loan fraud charges come in either when borrowers went too far with spending the low-interest, potentially forgivable business loans on personal expenses, or when they claimed, on the applications, that they needed the money to pay employees who did not, in fact, exist.  The criminal complaint against Keith Nicoletta alleges that he falls into the latter category.

Nicoletta is one of more than 30 Floridians who have faced criminal charges for PPP loan fraud.  In many cases, the defendants drew the suspicion of authorities when they bought expensive vehicles shortly after receiving the funds.  The Lamborghini that David Hines bought with his PPP loan makes Nicoletta’s Mercedes look like a soccer mom Prius.  Casey Crowther spent more than half a million dollars from his PPP loan on a boat, although he later pleaded not guilty and argued that buying and reselling boats is a legitimate part of his company’s business activities.

Reach Out to Us Today for Professional Help

If you are facing criminal charges because of alleged misuse of a business loan, you need a Miami white collar crime lawyer.  Contact Ratzan & Faccidomo for a consultation on your case.