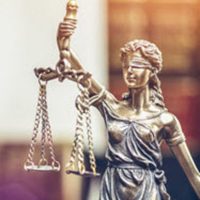 South Florida is such a delightful place that it feels like you are on vacation even when you are at home not doing much of anything.  If that were not enough of a reason to move to the Gold Coast of Florida, then consider that so many other vacation destinations are only a hop, a skip, and a jump away.  If you are in the mood for a road trip, then the obvious choice of destination is the Disney theme parks, but if air travel is within your budget, you can take your pick of Caribbean island paradises, such as the Bahamas, Jamaica, or the Dominican Republic.  Of course, it is not that simple if you are a register sex offender; you can’t just pick up and go anywhere you want whenever you choose.  The sex offender registry is just one of the ways that a criminal conviction can follow a defendant around long after they have completed their sentence.  Here, our Miami sex crimes defense attorney explains how a registered sex offender went from a Boca Raton mansion to a Caribbean vacation to jail, and what could happen next.

Sex offenders in Florida must notify the sheriff’s office in their county of residence every time their address changes.  They must obtain permission before moving out of Florida or even traveling out of Florida.  They are not allowed to reside near schools or public parks.  The Disney theme parks in Florida do not allow sex offenders to set foot on their premises.  This means that, if you are registered as a sex offender in Florida, you cannot ride Space Mountain, watch the Electrical Parade in person, or attend a wedding at a Disney resort.

In 2006, Christopher Koch registered as a sex offender in Pennsylvania after pleading guilty to aggravated indecent assault and corruption of minors.  He was in his 30s at the time of his conviction, and the victim was younger than 16.  Koch subsequently moved to Florida, and as of 2022, he was living in a house in the Lotus, a gated community in Boca Raton where he owned a $1.2 million house.

On June 17, 2022, Koch traveled to the Dominican Republic; he was supposed to return on June 30, but he did not, although news sources did not give details about where he was at that time and how he got caught.  Koch was booked into jail on July 7 and charges with two counts of crimes related to sex offender registration.  It is unclear what will happen next in his case and what kind of sentence Koch, 47, could face if convicted.

If you are convicted of a sex-related crime, you are always in danger of getting additional criminal charges for doing things that it is legal for most adults to do; it is like being on probation forever.  A South Florida criminal defense lawyer can help you if you are being charged with disobeying the rules that registered sex offenders in Florida must follow.  Contact Ratzan & Faccidomo in Miami, Florida for a free, confidential consultation about your case.